This failed pilot (until much later with a different cast) is a superior TV movie. The soundtrack loaded with awesome 80s tunes. Rick Springfield is super sexy as the vampire cop on the trail of what he thinks is another vampire killing the homeless for their blood. Try this one if you have not seen it before. I tried watching Forever Knight (the much later series), but I could not get past the fact that Rick Springfield was missing.

I adore all things Dan Curtis, so I loved this one right away. It had a lot of potential, so I am surprised this pilot was not picked up Roy Thinnes is fantastic as the investigative reporter helping Angie Dickinson discover what happened to her “late” husband, the artist, who used unusual art supplies.

The only storyline I recall from the short-lived Cliffhangers series is “The Curse of Dracula”. No wonder since I have always had a thing for vampires and Michael Nouri. It was the best of both worlds! Unfortunately, I cannot find this one anywhere.

Another failed pilot is the source of this gem. Richard Lynch is creepy and sexy as Prince Anton Voytek that emerges from the ground growling because of the groundbreaking for a new church. I remembered that scene from my childhood. This movie has some excellent actors besides Lynch such as Jason Miller (The Exorcist) and E.G. Marshall (Creepshow).

I wrote a traumafession about one particular scene from this adaptation of Bram Stoker’s classic. I blocked this scene until I actually read the novel in high school. I have seen many adaptations of this novel, but this one has to be the closest to the book on film. Louis Jourdan, even though he would not be my first choice, is surprisingly good as the Count.

Yay Mickster! happy New Year’s eve! You sure know your TV vamps! I’m fascinated by the “Cliffhangers” show. I’ve never heard of it. I want to see the first one, “The Secret Empire” & “Stop Susan Williams!” too. I love THE NORLISS TAPES, it’s right up there with THE NIGHT STALKER in my book. All of these would make a great marathon & they put me in the mind to watch I, DESIRE with David Naughton as well. Thanks for this valuable 5 underrated list!

I think The Norliss Tapes is the best of the bunch hands down. Dan Curtis knew how to deliver horror in an entertaining way. I’m sorry they never got around to making a series out of Norliss but at least we got the excellent Night Stalker films and show.

Cliffhangers was a pretty decent watch. I had forgotten all about the series until you mentioned it, unkle. Thanks for the memories.

Dan Curtis’ movies had a distinct atmosphere. Even if I do not see the beginning credits, I can identify his movies by the music and mood.
I would really like to see Cliffhangers again. What a cool concept!
Happy New Year to all my Kinderpals!

According to one of our Facebook readers you might be able find it under the title “World of Dracula”?

Here’s a cool promo pic from ebay too…. 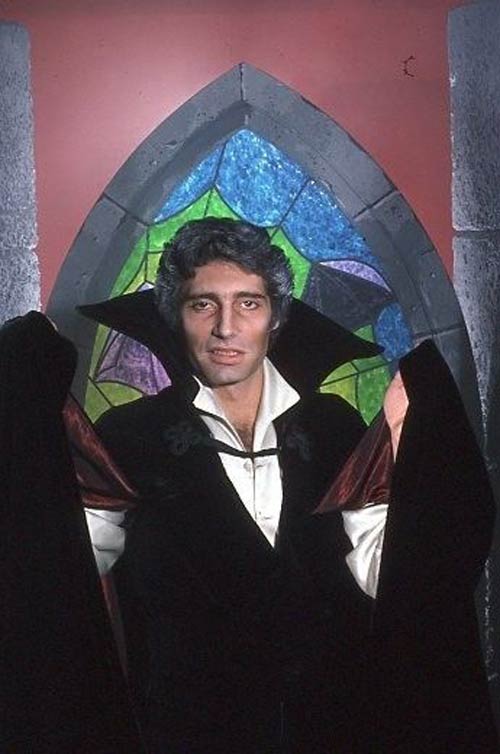 Love them all. (Fond memories from my youth.) Wish I could find DVDs of the four I don’t have, especially “Vampire”.

Father Merrin, At one point, Netflix had all of them except Vampire (which I found at a horror convention) and Cliffhangers. So glad you remember these fondly as well!