I sent a trauma last month, but alas it’s unsolved so far. However, I have total faith in Kindertrauma to identify these two trash-movie-memories that came back to me last night.

One has a scene near the beginning; a character walks through a dark passage with expressionistic paintings covering the walls. Later it is revealed that one of the portraits was actually a living person hiding among the paintings. The face was “witchy,” I think. The trick must’ve been well executed because we rewound the video to inspect the original scene and, sure enough, the live actor (or actress) was there. We just hadn’t noticed the first time around.

The other movie had a final act which owed more than a passing debt to THE SHINING. Dad’s gone berserk, mother’s traumatised, and her attempts to protect her young son are frustrated by whacked-out shape-shifting highjinks. I think there’s a scene where she approaches what appears to be her son, only for “him” to reveal his face as a grotesque monster (shades of DON’T LOOK NOW, although the face here was more of a supernatural-rubber-prosthetics-fest). I know there was a scene with a surprisingly successful “effect,” whereby the son appears to the mother at the end of a corridor, rushes toward her, and on arrival, morphs into the maniacal father. This was achieved by positioning the camera so that the boy drops out of shot as he is arriving at the mother’s feet, at which point the actor playing the father springs up in front of her.

Keeping my fingers crossed that one of these will ring a bell with someone.

UNK SEZ:: Liam, so sorry that your last “Name That Trauma” still stands unanswered, don’t give up though! As for these two new queries I am glad to say that one is already solved. That second movie you mentioned, the one with the boy morphing into his crazed dad, is one of my favorites, MARIO BAVA‘s SHOCK A.K.A. BEYOND THE DOOR 2 from 1977!

So that’s one down, let’s see if any one out there recognizes the first one, it sounds familiar…

UPDATE: NAME THAT TRAUMA SOLVED! Thanks to Taylor for getting the first one with DARIO ARGENTO‘s DEEP RED.

The first one is Dario Argento’s Deep Red.

I second Deep Red, truly an amazing movie by the master Dario Argento.

Admin
unkle lancifer
Good job Taylor & LOM! I’m kickin’ myself for missing this one. I actually speed searched through Suspiria’s climax looking for this “witchy” scene. I had a feeling it was Argento but I just couldn’t put my finger on it! 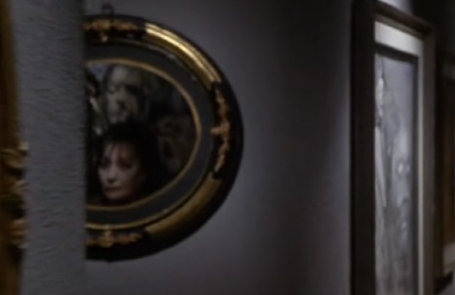 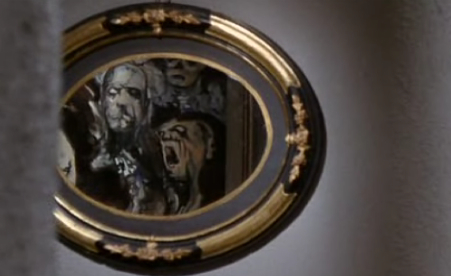 I can totally hear the influence that music had on the Jp. bands Malice Mizer and Moi Dix Mois (Both formed by cross-dressing guitarist Mana) in the trailers…in fact, the members were aficionados of Giallo/Italian horror movies.
http://www.youtube.com/watch?v=AQqYfrdl3O4
Though be careful of little twats sticking razorblades between piano keys…

Thankyou Unk and Taylor for solving these! And deepest shame on me, firstly for having wrongly consigned scenes from two great films into the “trash-movie-memory” bank in my head. And secondly, for assuming that Shock was ripping off The Shining – even though it was made 3 years before!

The .gif is awesome.

Strangely, I thought I remembered Deep Red pretty well, particularly the wonderfully kindertraumatic scene with a puppet bursting out of a cupboard and walking across the floor. The memory is a mysterious thing.

Just seconding the love for “Shock”. Those last several minutes of the film are almost unbearably scary, and I first saw it in my 30’s.

how interesting that one of those posters for Shock has the same very memorable illustration used on an old edition of Shirley Jackson’s We Have Always Lived In The Castle (a very kindertrauma-esque book, by the way):
http://www.luminist.org/images/books/jackson_castle.jpg