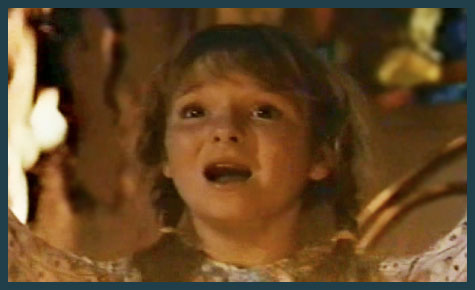 Wow, your site is awesome!

It makes me think of this T.V. movie that I saw as a kid. Oh, it gave me such chills and stuck with me at night. I’m not even sure the whole thing was scary, but here are the specific scary/disturbing/traumatic details I remember.

I think DENNIS WEAVER was the father. There were two daughters and the family was driving in the car. One girl tied the other girl’s shoelaces to the emergency brake or something while she was asleep, then the car crashed and caught on fire.

Because the girl was young and her shoelaces were tied tight she couldn’t escape and she burned to death. I’m pretty sure the rest of the movie was creepy, too.

Have you talked about this movie on your site?

UNK SEZ: Ben, you are undoubtedly speaking of one of the best television films of all time, 1982’s DON’T GO TO SLEEP! It starred VALERIE HARPER, RUTH GORDON, OLIVER ROBINS (of POLTERGEIST fame) and as you mentioned, DENNIS WEAVER. Many people seem to have been effected by this movie, particularly its over the top creepy final moments. DON’T GO TO SLEEP is not currently available on DVD but considering the recent releases of other notorious television horror flicks, it may just be a matter of time until it is (fingers crossed). 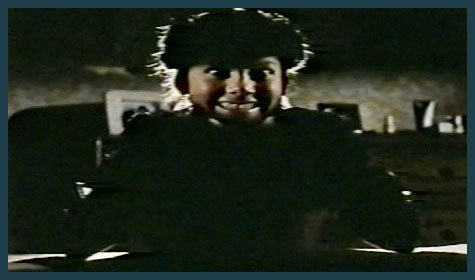 ACK! I cant believe you put that pic from the last scene! To this day when I wake up in the middle of the night I half-expect to see that little girl sitting at the foot of my bed grinning at me!

The movie as a whole is pretty goofy, but some parts of it are really truly freaky deaky.