It’s a Horror to Know You: Stacy Pershall Author of Loud in the House of Myself!

1. What was the first film that ever scared you?

The first films that scared me did so solely through commercials. My dad’s an insomniac like I am, and when I was a kid and couldn’t sleep, I’d go into the living room, snuggle up next to him on the couch, and watch whatever he was watching. It’s a testament to both his coolness and his complete lack of sense that he let me, because I’d get so terrified by a 30-second trailer that I’d beg to sleep in my parents’ room for the rest of the night.

So my dad would be sitting there watching late-night M*A*S*H reruns, and I’d be getting all lulled to sleep by the theme music, and then they’d cut to a commercial and some terrifying-ass trailer for a horror movie would come on between ads for Marlboros and Schlitz. Because it was the ‘70s, the commercials had that low-budget 16mm drive-in film look and crackly, poppy soundtrack that made them even scarier. All of this is to say that the first horror movie that ever scared me was It’s Alive, but it was just the ad with the crib that turns until you see the monster claw hanging out. I was so disappointed when I finally saw the film as an adult and realized it was really pretty lame. Still, the M*A*S*H theme song continues to evoke a feeling of foreboding to this day.

The first horror movie I watched all the way through that really terrified me was The Exorcist. I was about 14 years old and being raised religious, so it messed with my head pretty badly. I had to watch it over and over again for years, always in the middle of the day, with all the curtains open and someone else present, to distill its power. Now it’s one of my all-time favorite movies, but I didn’t get there until I’d seen it at least a dozen times. And I was still completely flipped out the first time I visited The American Museum of the Moving Image in NYC and realized they had the spinning-head Linda Blair dummy there!

2. What was the last film that scared you?

Insidious, for sure! That’s a great film until the last 15 minutes or so, when it unfortunately becomes stupid. It takes a lot to scare me these days, but watching that one alone in the middle of the night definitely gave me chills. The first you see the red-faced monster is just brilliant, and Tiny Tim’s music has always been creepy as hell.

The last film that came anywhere close to scaring me as much as The Exorcist was Ringu, which was made even scarier by the fact that I saw it on a bootleg VHS my brother brought back from a trip to Japan as an exchange student. Those two films and The Shining are like my holy trinity of scariness.

3. Name three Horror movies that you believe are underrated.

First and foremost is The Prince of Darkness. I love that movie, and still find it genuinely scary. The dream sequence is really iconic for me; I’ve thought of it a lot as I write the book I’m working on now. On New Year’s Eve 1998, when everyone else was blasting Prince and finally partying like it was 1999, I was doing my usual ritual of finding a quiet place to write and reflecting on how it was now “the year one-nine-nine-nine” and the Alice Cooper zombie apocalypse was upon us.

Second would have to be Young Sherlock Holmes. It wasn’t billed as a horror movie, but there are some truly creepy scenes, particularly the one at the end with the bad guys chanting their evil chant and pouring lava on Elizabeth. (Why is it that bad things always happen to red-haired girls named Elizabeth? Seriously.) There’s also the swordfight with the knight who leaps from the stained-glass window – the first time a CGI character interacted with a live one against a live-action backdrop – and the attack of the killer stop-motion cupcakes. It amazes me that so few people seem to remember and love this one like I do.

Third is a tie between 301/302, from Korea, and In My Skin, from France. They’re two of the best examples of body horror I’ve ever seen, but not as well-known as lesser films like Martyrs, which I loathed in a way generally reserved for movies starring Robin Williams or Jim Carrey. 301/302 and In My Skin hold their own admirably against the triumvirate of body horror against which I judge all others: Jacob’s Ladder, Videodrome, and Eyes Without a Face.

4. Name three horror movies that you enjoy against your better judgment.

Yes! A chance to talk about my deep and abiding fondness for Shriek of the Mutilated! How can you not love a movie with whitewashed wood paneling, a Perrey and Kingsley soundtrack, and a yeti mask with deeply disturbing lips? You’ll feel like you need to take a bath in Sea Breeze after it’s over, since, like all ‘70s drive-in horror fare, the actors seem to have doused themselves with bacon grease before shooting every scene. But I always did like the smell of the Sea Breeze, so it’s cool. I suggest a refreshing scrubdown with Noxema first, for old times’ sake.

Then there’s Death Bed: The Bed that Eats. If you’ve ever wondered what it would be like if Aubrey Beardsley was trapped inside your wall, your bed could eat a bucket of chicken, and rubbing a chain across your neck could make your toes bleed, you’ll find the answers in this masterpiece. I love this movie deeply and without irony.

Then there’s Devil Dog: The Hound of Hell, a TV-movie extravaganza starring Richard Crenna as an unsuspecting suburban father who brings home a bargest for the kids one day. What’s a bargest, you ask? Well, in this case it’s a cute black puppy who happens to be a minion of Satan. Oops! This was a late-late movie I discovered one insomniac night in high school, and I still call my black cat a bargest lo these many years later. Fortunately, he does a lot of evil stuff, so I get to call him that a lot.

5. Send us to five places on the Internet!

Deadmalls – If you’re a sucker for suburban blight like I am, you’ll love this extensive collection of abandoned shopping mall photos.

Underground Ozarks – Dogpatch USA was a second-rate amusement park in Jasper, AR based on the Li’l Abner comic strip. We used to go there when I was a kid, because it was closer than Silver Dollar City in Branson and offered just enough thrills to shut the kiddies up for a while. It opened in the late ‘60s, fell on hard times in the ‘80s, and was abandoned in 1993. The owners left everything to rot, and of course there’s nothing more terrifying than a rotting amusement park, unless it’s a public service announcement.

Tulsa TV Memories – If you grew up in Oklahoma, Arkansas, or Missouri, you probably experienced a number of your kindertraumas on KTUL Channel 8. Even if you didn’t, this site is a great look at a strange and wonderful regional TV station. Check out the Weather Teller and the Indian Sign Language sign-off!

Haunted Legend of Zelda – My favorite Creepy + Pasta entry. If you don’t have the patience for the (very) long story, just watch the videos. They’re such a labor of love, and definitely nightmare-inducing!

Goya’s Black Paintings – Hands down my vote for Most Disturbing Paintings Ever. The story of Goya’s life at Quinta del Sordo is fascinating, if depressing as hell. If you want to see what it looks like when a brilliant mind experiences the terror of insanity, start here. Someday I’ll have Anil Gupta tattoo Saturn Devouring a Son on the back of my hand, mark my words.

That pic of the “devil dog” is hilarious. What is up with the 80s glam-rock hair?

Thanks SP, my fellow “Shriek of the Mutilated” fan! I think these IAHTKY posts have inspired me to do a SOTM, Night of The Demon double feature as soon as possible.

I too agree that the M*A*S*H theme song is crazy morose and needs to be taken in moderation and that’s not even considering the suicidal lyrics.

And right on PRINCE OF DARKNESS. Seriously, Halloween and The Thing better watch their backs! POD clearly has a devoted passionate following (which proudly includes myself)!

Aunt John will be very happy to see you cited his boo DEVIL DOG: HOUND OF HELL and Kudos on the Goya too!

I still have to get to DEATH BED! That DVD stares at me all the time waiting to be viewed. Soon! I swear! 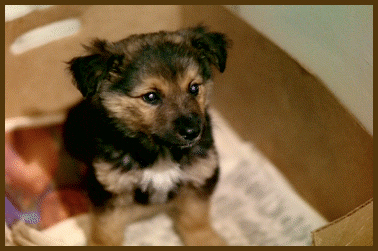 Yay for Shriek of the Mutilated and Devil Dog! Bargests like to fool us by being cute puppies, but Aunt John and I know the truth.

You must watch Death Bed! It’s a strange and wonderful masterpiece. My best friend/tattoo artist Denise loves it too. There’s a scene in it that spawned one of our favorite catch phrases, “He’s the worst sex-haver EVER!” (You’ll know what I mean when you see it.)

Also, Sadako in the Overlook Hotel is good old-fashioned nightmare fuel (though I laughed pretty hard when I saw it.) Kindertrauma graphics FTW!

This list is great! There’s a lot on it I haven’t seen.

And um…that Ringu/Shining pic is really really awesome. I seriously stared at it for a few seconds thinking “where in the movie is that 70s carpet?!?!”

I love Young Sherlock Holmes and agree that it is underrated. I remember seeing it at the theater when it was released. I am really surprised it wasn’t more popular. I had a slight crush on Nicholas Rowe. I thought he was adorable!

Um, I STILL have a crush on Nicholas Rowe. Just sayin’.

The Dogpatch thing is freaking me out.. I mean I knew it closed down, but the fact that it’s still… there… just rotting away gathering evil energy or whatever… well, that’s just going to give me nightmares.
I will always love you, Shmoo!

It’s actually spelled ‘Barguest’, they are very large black dogs that roam country lanes in England (mostly Yorkshire East Anglia and Cornwall, the oldest inhabited places) and Wales. Also known as Shuck or Black Shuck, Shag and a few others. They have glowing eyes and can either help lost travellers by showing them the way or threaten them away. Not really related to His Satanic Majesty at all, I think they’re a remnant of the Pagans. Still seen today.