I see that your website helps identify old shows, particularly the creepy kind. Could you guys identify this one for me? It’s an episode of a show of the Twilight Zone/Outer Limits type. I think it’s from the 80s. It’s about a little boy who lives in a large minimalist style house with his mom and dad who ignore him. He takes care of himself, finding his own food somehow in the kitchen that doesn’t have anything that’s good for kids. A man (an angel?) starts showing up and eventually takes the little boy away from the house, rescuing him I suppose. I don’t think the parents ever noticed that the little boy had disappeared. If I remember right, I think that items were disappearing from the house before the little boy was taken away, like his toys and other things he needed or that the parents wouldn’t need when he was gone. I’m not sure about that part, though. I remember it being a very quiet episode, not much dialogue, and the house was very airy, kind of what people in the past would think of as houses of the future — but I don’t know if it was set in the future. I’ve looked for it on Twilight Zone and Outer Limits episode lists and on lists of similar series. I can’t find it. Does anyone know what show and episode this is?

Note: Today’s unrelated bumper images come courtesy of 2008’s fantastic yet highly underrated SPLINTER! Check it out if you have not already because I do believe it’s pretty darn awesome.

Chainman, you are the BEST!

Thank you for the compliment, uncle! Kudos coming from such an esteemed gentlemen as yourself, I’ll take as the very pinnacle of praise.

I’ll be expecting my light bulb prize in the mail. lol 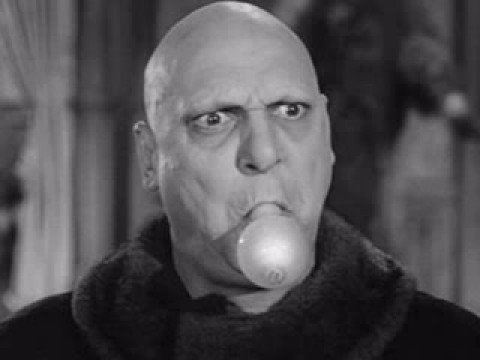 I remember that episode