Isn’t it time that the character of Reverend Henry Kane was made an Official Traumatizer? He has been spoken of several times before on these here pages (for example: THIS early traumafession from kinder-pal Ralphus), and he is likely to appear many times again. Not bad considering he owes his existence to one much maligned sequel (POLTERGEIST 2: THE OTHER SIDE) and one even more maligned sequel (POLTERGEIST 3.) Regardless of the end result of either movie, Kane persists and even those who talk smack about POLTERGEIST 2 have to admit that his presence, (especially the scene where he tries to gain entrance to the Freeling’s home) is supremely memorable. His staying power is even more impressive when you consider that different actors portrayed the character in each film (JULIAN BECK in PART 2, NATHAN DAVIS in PART 3 with voice assist by an uncredited COREY BURTON.)

Undoubtedly, the more indelible take on Kane is the introductory one provided by poet/painter/theater legend JULIAN BECK in POLTERGEIST 2: THE OTHER SIDE. BECK was suffering from colon cancer during the filming, which might partially explain an authentic aura of illness and decrepitude that hangs over the character. Unfortunately BECK died before the film was completed and Kane’s final assault on the Freeling clan was in the form of a special effects driven creature known as “THE BEAST” designed brilliant by H.R. GIGER, but poorly executed within the film. (Check out some of GIGER’s amazing work for POLTERGEIST 2 HERE.)

POLTERGEIST 2 may have left some fans disappointed by replacing the original’s roller-coaster vibe with a pungent cloud of morbid navel gazing, but it’s not without its effective moments. One should not allow its corny “Grandma angel” conclusion to erase the well-orchestrated set pieces involving Kane. The reverend’s shopping center overture towards the young Carol Anne (HEATHER O’ROARKE) is, quite simply, every parent’s (and every child’s for that matter) nightmare.

I’ve always been a bit confused by the term “interesting failure,” if something is interesting then, in my book, it cannot be considered a failure. Take POLTERGEIST 3 for example; sure, it’s a hot mess but I can’t get enough of it. I know it’s about as subtle as a Tourette’s sufferer with a bullhorn and more annoying than a local theater production of ANNIE and yet I adore its over the top clumsiness and am fascinated with its physical effects and mirror-play. (Plus director GARY SHERMAN, DEAD AND BURIED, VICE SQUAD, just sort of rules.) Kane’s presence here is more of a spectral trickster with the power to alter reality than the evil JIM JONES messiah of PART 2, but he is still a great stand in for the grim reaper and he can still work that hat.

NOTE: The above picture, which inspired this post, was sent by our pal Dave over at the exhaustively informative site POLTERGEIST III. It is from the originally filmed ending of PART 3 (notice a frozen Carol Anne in the background.) Check out Dave’s awesome reconstruction of that lost scene HERE.

Reverend Henry Kane’s identity as a horror icon was hard won but thanks to repeated television airings of the POLTERGEIST sequels, home video, DVD and the power of the Internet he has gained some pretty secure footing as a titan of terror. He has appeared on an album cover for the band ANTHRAX, made a cameo in the SOUTH PARK episode “Imaginationland” and even shows up to fight in the game MORTAL COMBAT. With his lanky frame, sinister persona and predatory disposition, he is the rightful heir to one point in a horror troika that also includes PHANTASM’s TALL MAN and the ever popular FREDDY KRUEGER. His sickly, debilitated appearance gives rise to primal fears of aging and death, while his slithery soft tone and toothy grimace evoke memories of the candy-baiting creepy stranger we were all warned about in our youth. Upping the fear quotient further is the fact that Kane was once a beloved leader of a religious flock who twisted his disciples’ faith to cause their own ruin. He represents the unrepentant fanatical zealot, a figure that can partake in evil and never suffer the arrows of self-doubt or feel remorse. He’s not evil…YOU are! What’s scarier than that?

If you are still not convinced that reverend Kane deserves the honor of “Official Traumatizer” imagine this; your doorbell rings RIGHT NOW, you open your door to find him standing there, smiling from ear to ear. He says, “Let me in.” When you say, “No” he screams “You’re all gonna die!” I don’t know about you but, I just succeeded in creeping myself out. Now THAT’S a Traumatizer!

Julian Beck was a truly interesting man. I miss him.

OK, I’m gonna apologize in advance for the geekiness of this post, but I’ve always thought that this was fascinating and very cool…

There’s always been discrepancy on the question of what the last song was played as the Titanic sank. Many have said – and James Cameron took as fact – that it was “Nearer My God to Thee.” But there were also numerous reports that it was the hymn tune Autumn, which at the time had a line about being protected from the raging waters (I’m paraphrasing). Hymn tunes are written so that their lyrics can be interchanged. This melody has largely disappeared from use, and some have speculated it’s because the song is considered bad luck.

“Autumn” is the melody that Kane uses to sing “God Is In His Holy Temple.”  My job requires me to research a lot of hymnals, and I have never seen those words attached to that song. Mormons use the text in their worship, but to a different tune. Since Jerry Goldsmith incorporated the song into the score, I’m guessing the idea originated with him. It’s a creepy touch, and since Kane likes to walk and sing, I can hear him coming and get a jump on locking the door…

Well, I’ve said a few times before that less can be more.  In the cases of Rev. Henry Kane, the “Tall Man” from “Phantasm” and The Giant and BOB from “Twin Peaks” one doesn’t always need to be covered in laytex to give a good scare.   Just the right facial expressions will do the trick.  If I was a kid and I answered the door and old, skinny smiling Rev. Kane was outside-I’d probably sh*t a brick!    Oh, since Giger is mentioned he could one day be an official traumatizer…….The “Alien” costumes, “Species” and that Emerson, Lake and Palmer album cover for “Brain Salad Surgery” are some examples of his scary looking works.

I am not a big fan of the Poltergeist sequels even though Poltergeist is still my favorite “haunted house” movie. However, Kane is one the most memorable, and creepy, bad guys to star in a horror film. And I think that Unkle nailed a great part of the reason. His illness was apparent and really added to the skeevy vibe that surrounded him.
Also, he may be one of the few film villains who also happens to be on the cover to one of my all time favorite albums:
http://img22.imageshack.us/img22/7941/7913302ae478678964f944a.jpg
Great write up.

When I was a kid, P3 actually scared me the most–and I think (despite how cheesy it is and how much it pales in comparison to the other 2) it’s because it’s such a cold, isolated place. Carol-Anne’s parents fucking ABANDONED her! She’s in Chicago, in a schmancy apartment building–something that should technically not be creepy or haunted–surrounded by mirrors (traumaaa) and PARKING GARAGES (and this definitely made a super-trauma for me). Nowadays, 1 and 2 are WAY scarier…but 3 was the one I shivered over as a tyke.

There is an early scene in part 3 that I love. They show Kane’s reflection in a car window for a split second and it’s way more subtle than the rest of the film and I think its really creepy.

Nibogette, I love what you said about the cold, isolated setting. I think when you watch part 3 as an adult it’s harder to buy because the characters act in really unbelievable ways and some of the dialogue is really hammy but as a kid you don’t care much about that stuff and it works much better as a broad, surreal phantasm-y ghost story. Plus as a kid its kind of cool to see a horror movie with someone around your age as the focus.
I really do enjoy part 3 a lot and part of what I love about it is it’s flaws and its hokiness.
(Tangina at a tea party, suddenly looking up and saying “He found her!” is just too awesome.)
I hate saying “so bad its good” but I don’t mind saying “so darn bizarre its good”
0

To me, he’ll always be Sol Weinstein in The Cotton Club, “I used to race rats when I was a kid“.

Dixie: What do they call you?

Sol: Nobody calls me nuthin’.

Dixie: Not even your mother?

Sol: I didn’t have a mother. They found me in a garbage pail. 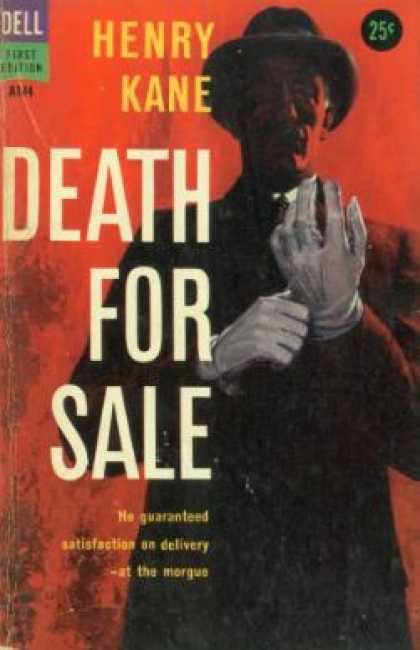 This is a great post!  The opening photo mashup is perfect!  I’ve always been a big believer in Kane and he has never ceased to terrify me.  I dont understand the distaste some have of Poltegeist II.  Giger’s work is superb and it’s sad that his artwork for the film hasnt gotten more exposure (or maybe it has, particularly with this post).  I never got all the way through the third film but now I’ll definitely try

Your Bacon/Kane fusing is brilliant, Unk.

So I was probably 16/17 at the time and a new guy moves in across the street.  In the middle of the day there’s a knock at the door.  My mother answers the door and my friend and I walked over to see who it was.  And there is Kane… standing at my door.  We both looked at each other and said “Let Me IN!”

Of course it wasn’t Kane, you silly goose, but our new neighbor damn-well looked just like him dressed in his Sunday best.  It was a great moment to know that we were on the same wavelength.  “Joe” (that’s his real name, so he says) is still alive, still lives accross the street from my parents and walks around the town. And every time I see him a yell “Let me IN!”

Every summer as a child I was shipped off to Possum Whiskers USA to stay with my grandparents. Unfortunately they went to a “shit kicker” church. Once a month a “guest” preacher would come and “spread the gospel”. This entailed a hellfire and brimstone Cotton Mather-esque rant complete with rolling on the floor and beating the ground with fists. He looked exactly like Kane, but creepier because his eyes were milky from cataracts. Even his “personal life” was a horrific horror show, his wife was killed after catching on fire in the kitchen and running outside to burn to death on the front lawn. (Guess Jesus didn’t teach them stop,drop and roll). A miasma of yuck just rolled off the man.

By my teens I was so thrilled to not have to suffer that particular trauma anymore and along comes Poltergeist II with Rev. Kane. GAH! Rev. Kane and Rev. A____ could be indentical twins.

Ironically Julian Beck was Jewish, bet that would stick in old Rev. A___ ‘s craw. 😉