We’re scraping the bottom of the apple barrel! Can YOU find the ten differences?

A has a shorter index fingernail

A two crow tree has an extra branch

A has an additional upper tooth on her left side

A apple has two leaves on the stem.
B apple one leaf.

A box three different heads.
B box 2nd and 3rd head are doppelgangers.

Here be the key… 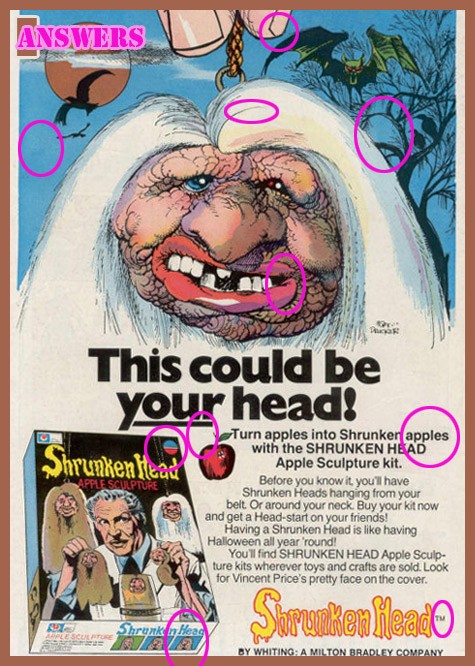 Thanks for the key.