I once facetiously said that horror heroine Ellen Ripley officially belonged to the world of sci-fi because she broke bread with robots and drove a spaceship to work. The truth is, no amount of blinking computer lights or sparkling stars can keep ALIEN from being one of the purest examples of a horror film in existence. ALIEN may wear a sci-fi jumpsuit but when you look into its eyes, horror is all you see. I started this project hoping to show the similarities between RIDLEY SCOTT‘s stone cold masterpiece and that of the classic horror films that came before it, but as you’ll see I fell off the rails a great deal and included films released after ALIEN as well. The reason for that, I’m sure, is because that is where the greater share of my familiarity (and DVD collection) lies. (I also ended up including some other examples of the sci-fi horror hybrid; both genres have always been thick as thieves anyway-why split hairs?)

Although I may have lost my initial point in the process, I think I discovered a bigger truth, that the mechanisms shown are eternal. As I see it, the notorious scene of the alien baby bursting from JOHN HURT‘s chest may have signaled an exciting new path ahead for both genres but at the same time it exposed something as ancient and primal as birth itself. ALIEN, Lt. Ripley, have I told you lately how perfect you are?

I’m just going to go ahead and call it. This is the coolest thing I’ll see all day. It’s like all the major arcana of horror in one movie.

Alien [and subsequently the other’s ] are some of my all time favorite movies.  Of course Alien holds a special place in my heart since it’s a sci-fi “house of horror’s”.  It’s one of the best scares ever.

A true Tour de Force.  Now we can say with confidence that Alien has it all.

Goddamn… I freakin’ love you guys!!!

This post is absolute genius! Let the argument be settled now for all-time – Alien is a horror movie, end of discussion!

This was fantastic. I also think the following picture would be a good one for the “angel of death”: 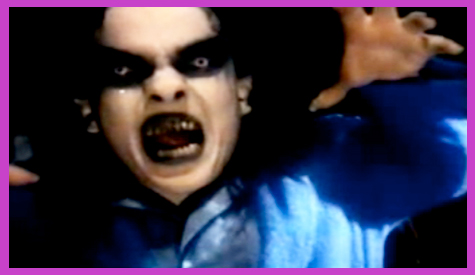 No idea if Ridley Scott was familiar with Dan Curtis’s work, but you never know.