Even though I’m as poor as an unemployed church mouse with a moth in his wallet and holes in his tiny mouse socks, I decided that I deserved to purchase HUMONGOUS on DVD as my hair has literally turned gray while waiting for it to appear on said format. It may not be the best movie in the world, but it has always scratched my slasher fan itch even though its cramped and fuzzy VHS presentation always left much to be desired. SCORPION RELEASING’s new, far less dish-watery, widescreen offering doesn’t fix all of HUMONGOUS’s faults but it sure does make the movie a less frustrating and more enjoyable watch. It might even change a few people’s minds about this underrated whipping boy of a movie that’s not nearly as pointless as folks like to pretend.

Our tale begins with a woman being raped. We don’t have to wait long for the culprit to get his comeuppance because dogs immediately maul him and his victim smashes his head in with a rock. Next, somber opening credits share snapshots of her life. The pictures are all happy until we reach one that was taken after the ugly incident where her smile is replaced by a scar. Thirty-eight years later a group of hard to like young folk jump on a boat and go for a joy ride. They save a stranded boater within some heavy fog and he tells them the story of “Dog Island.” The home of the lady who was attacked all those years ago who now lives in isolation from the world surrounded by her protective dogs. It’s implied that the woman has gone “mad” but if living in a big old house on your own island surrounded by canines is “mad” then I want to be mad too.

After the telling of the campfire-free campfire story, one of the douchier members of the group (who has been acting up all day) gets it in his head to take over the boat but instead crashes and blows the thing up leaving everyone swimming for dreaded Dog Island. If HUMONGOUS has any bone to pick it may be with the consequences of blind male aggression. Life would be so sweet if it wasn’t for gross rapists and spazzy yacht sinking acts of machismo.

Once our friends set foot on dry land it’s time to get murdered but not in the order that one might assume (The old adage ”killers don’t make slashes on gals who wear glasses” is wrong.) Thanks to some subtle clues like dog bones everywhere, someone falling in the lap of a corpse and a journal that conveniently explains everything, our sleuths surmise that the lady and her dogs are dust but her savage monster offspring is living large. Although somewhat sympathetic (when not crushing skulls) the malformed creature comes across as a seven-foot stand in for thoughtless male destruction. He’s almost a tape recording of the original violence he spawned from set forever on repeat. Not to ruin the ending but the last image of the film of its lone survivor staring off coldly suggests that the ripple effect from the original vicious act will continue on.

Directed by PAUL LYNCH (The original PROM NIGHT), HUMONGOUS can get on your nerves for holding a decent hand yet often failing to play the right cards. I have a feeling LYNCH unwisely went with the false theory that showing less would somehow magically make his film more suspenseful. Less may be more when filming a haunted house tale but if you’re doing a movie about a giant mutant rape-baby, subtlety is not your friend. Even polished up on DVD, HUMONGOUS sticks to the shadows and lingers in black spaces more than it should, sometimes it works to its benefit and sometimes it shoots itself in the foot. Overall though, the coastal atmosphere, the use of real lived in locations, the Ginny Field-style psychology, the eerie score and the joyful aberrance that abounds have always been enough for me.

Truth is, it’s no use complaining about the film’s creaky nature because it is a major part of its charm. Better lighting, better acting, better kills and a more satisfying monster reveal would have been great but that doesn’t feel quite right for a movie called HUMONGOUS. I could complain that it’s filled with cliché’s but honestly, I chomp on tropes like Skittles, they are as comforting as street signs leading me home. I might bellyache that you don’t really get to know the characters but truthfully I don’t want to know them. I know enough characters thank you very much. Is it all right if I just want to hang with a monster on an island for a while and then leave without exchanging numbers and promises of holiday cards? HUMONGOUS the movie is really very much like its theatrical poster, cheap, primitive, goofily deviant and inexplicably awesome. It doesn’t deliver the brutality it appears to promise but there are more than a couple accomplished visuals and tons of weird moments that stick in your head. It’s no masterpiece but like a scraggily child’s drawing stuck to the fridge, I just might prefer it to one. 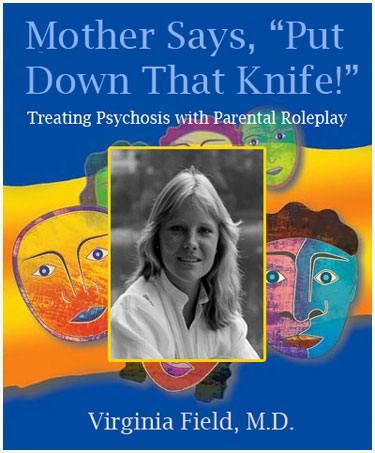 Humongous has been on my list for a long long time… ever since I first saw the ads on TV as a kid I’ve always wanted to see it but somehow that never came to pass. Good news that there’s a decent DVD available now… maybe it will turn up on Netflix?

Great review. I really need to pick up this DVD!

It’s interesting that Paul Lynch made this and Prom Night because I think both have really strong premises that don’t quite hit it out of the park. But it’s the underlying ideas that stay with me, which is why I love Prom Night so unabashedly, and probably why I am more forgiving of Humongous than I should be.

So glad to hear this is finally available on DVD (and that I’m not the only one who remembers the film).

Excellent review Unk, really well-written. A compelling defense for a flawed yet decent horror entry from the early ’80s. I just saw the trailer for this last night while watching Vol. 4 of of the 42nd Street Forever grindhouse trailer series. Maybe this coincidence is a sign I need to check out Humongous now that it has a new life on DVD.

I’ve still not seen it and have read very little good about it over the years but I’ve always loved the trailer – I think it does a helluva job of selling the film.

Mother says, “Put Down That Knife!” is so on the money that I still can’t accept that it’s not a real shitty college text book.

I mean, I know that’s Amy Steel, I know it’s a Friday The 13th Part II reference, and yet my brain still can’t get around its awful realness.