Reader Billy V. wrote in and suggested that we feature TIM BURTON’S HANSEL & GRETEL today for our weekly Sunday Viewing and that’s just what we’re going to do. Legend has it that this short flick aired only once on the Disney Channel way back in the greatest year that ever happened, 1982! It’s not hard to see why BURTON‘s vision was quietly hidden under Micky Mouse’s rug, it tastes like it’s marinated in Kindertrauma sauce! Yikes, that witch looks like the lead singer for THE CULT and acts like SEAN YOUNG pitching for a part in a movie! She really gives JOAN COLLINS in the SHELLEY DUVALL version a run for her money! And don’t get me started on that gingerbread man. Ya know what? This is so wacked-out and off the wall that I find I am now finally ready to forgive TIM BURTON for being behind the lowest point in cinema history, the breakdancing Mad Hatter scene from ALICE IN WONDERLAND. I’m just going to forget it ever happened! Thanks for the treat Billy V.!

I will never forgive you for showing me that.

That mother was frickin’ hilarious.

Cheese and crackers! That is freaky! I have a fantastic adaptation by Jane Ray that has horrifying illustrations.
Unkle L, I will send you the picture of the witch. 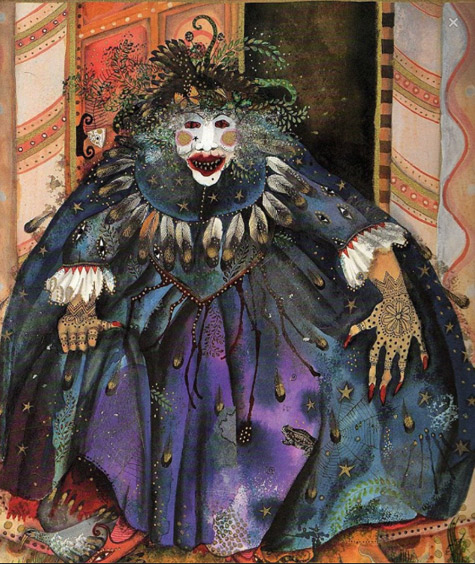 Yay! I was hoping you would post the scary thing!